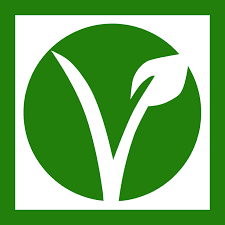 The following menu items are vegan (v) and vegetarian (veg):

at November 07, 2021 No comments:
Email ThisBlogThis!Share to TwitterShare to FacebookShare to Pinterest 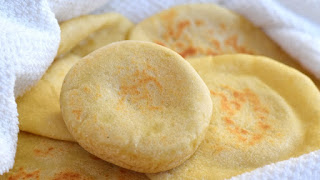 Although we don't bake our own Pita bread, we ALWAYS carry fresh pita. One of our staff members drives at least twice a week to get fresh baked pita -among other goodies- from a Middle Eastern bakery in Dallas.  Our pita is never frozen or shipped from another state and never stale.

Since we are on the subject of freshness, our homemade Greek dressing / vinaigrette as well as our chicken marinade is made fresh weekly and with absolutely no preservative, additives or any other bad stuff. Guaranteed !

at October 31, 2021 No comments:
Email ThisBlogThis!Share to TwitterShare to FacebookShare to Pinterest 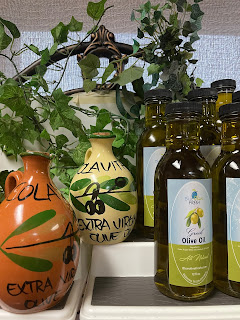 We just received a fresh shipment of Greek extra virgin olive oil. We filled few dozen bottles and it's on our shelves now at Blue Olive Grill. Bottles are $7 each. Come get yours. They go fast! 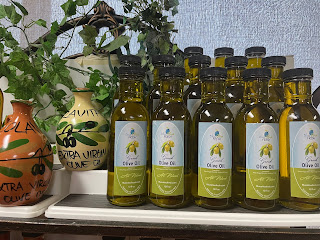 at May 16, 2021 No comments:
Email ThisBlogThis!Share to TwitterShare to FacebookShare to Pinterest 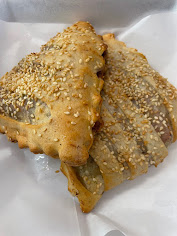 One of the most popular Palestinian Arab dishes is Musakhan! Musakhan - which is considered along with Makloobah as the National dishes of Palestine-  is a Palestinian Arab cuisine dish, composed of roasted chicken baked with onions, sumac, allspice over taboon bread (big round thick flat bread). So what we did here is take the Musakhan and make it into chicken pies. Chicken Musakhan will be served in a pie format with same spices and deliciousness ! Try it. The Chicken Musakhan Plate is served with hummus, feta salad and pita bread. Chicken Musakhan Plate is available on the Dinner / Entrée menu. 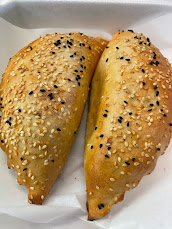 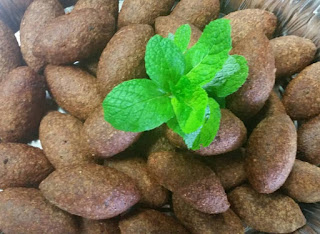 Kibbeh is a family of dishes based on spiced ground meat, onions, and grain, popular in Middle Eastern cuisine. In Levantine cuisine (Lebanon, Syria and Palestine), kibbeh is usually made by pounding bulgur wheat together with meat into a fine paste and forming it into balls with toasted pine nuts and spices.  Kibbeh is available on the Appetizer menu.

at May 02, 2021 No comments:
Email ThisBlogThis!Share to TwitterShare to FacebookShare to Pinterest

We survived Covid 19! Get $5 Gift Certificate

Last year was a tough for everyone but we weathered the storm and made it okay. We're back to full operation and full capacity. We thank our customers for their continued support over the past year. Your loyalty is greatly appreciated and clearly, we wouldn't have made it without your support. Thanks you all.

As a token of our appreciation, we would like text you $5 gift certificate that you can use any time. Simply text "Blog" to 225-223-0879 to receive yours. Again, Thank You.

at April 13, 2021 No comments:
Email ThisBlogThis!Share to TwitterShare to FacebookShare to Pinterest

We modified our operating hours just a little bit.